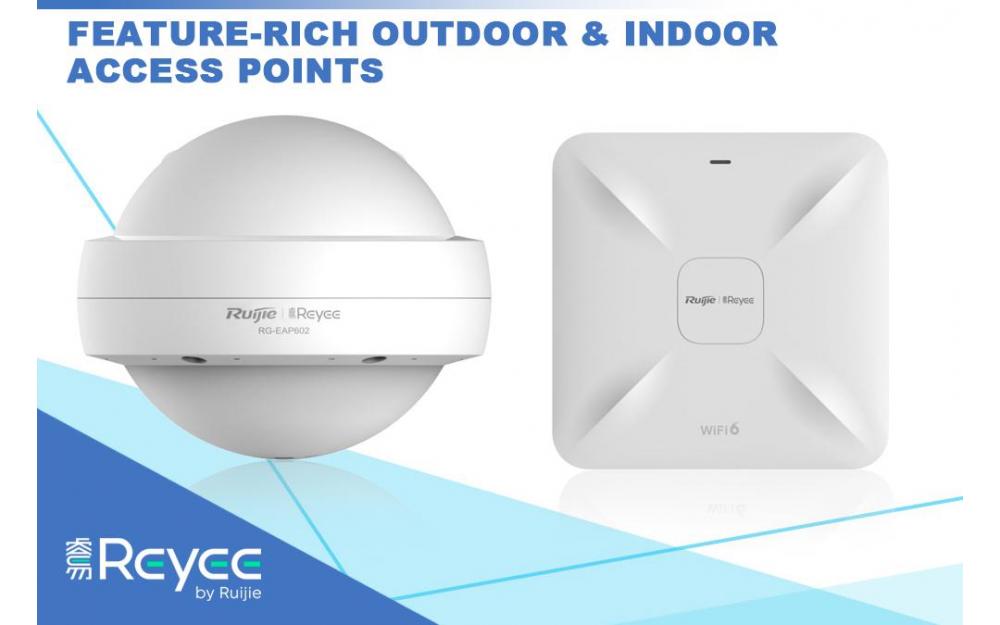 Posted in: By Manufacturer, Reyee, By Topic, New Products and Technologies 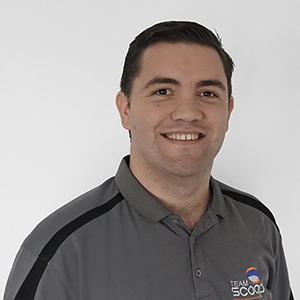 By Guy Perry
The Reyee brand focuses strongly on the SME market. Here we will introduce Reyee's range of Access Points (APs), all of which can be centrally controlled for free via the cloud.

The Reyee AP family features a range of WiFi 5 and, more recently, some WiFi 6 products for both indoor and outdoor applications. Indoor models feature a ceiling and wall mount design for optimal coverage and also support PoE for scalable enterprise-like deployments.

Let's take a look at the specifications for each of the three indoor devices:

The RG-RAP2200F is a dual-band WiFi 5 Access Point with two fast Ethernet ports. It has two 2dBi antennas which support 2x2 MU-MIMO and has a moderate power output of 20dBm. Data rates for the 2.4GHz and 5GHz radios are 300Mbps and 867Mbps respectively.

The RG-RAP2200G is essentially a carbon copy of the RG-RAP2200F, although it supports two gigabit Ethernet ports. This is useful for locations that have a mixture of Gigabit Ethernet and WiFI users or if internet speeds exceed 100mbps.

The RG-RAP2260GX is a dual-band WiFi 6 Access Point with two Gigabit Ethernet ports. It has 3dBi gain on both antennas and features 2x2 bi-directional MU-MIMO catering for higher connection density. Maximum data rates for the 2.4GHz and 5GHz radios are 600Mbps and 1200Mbps respectively. 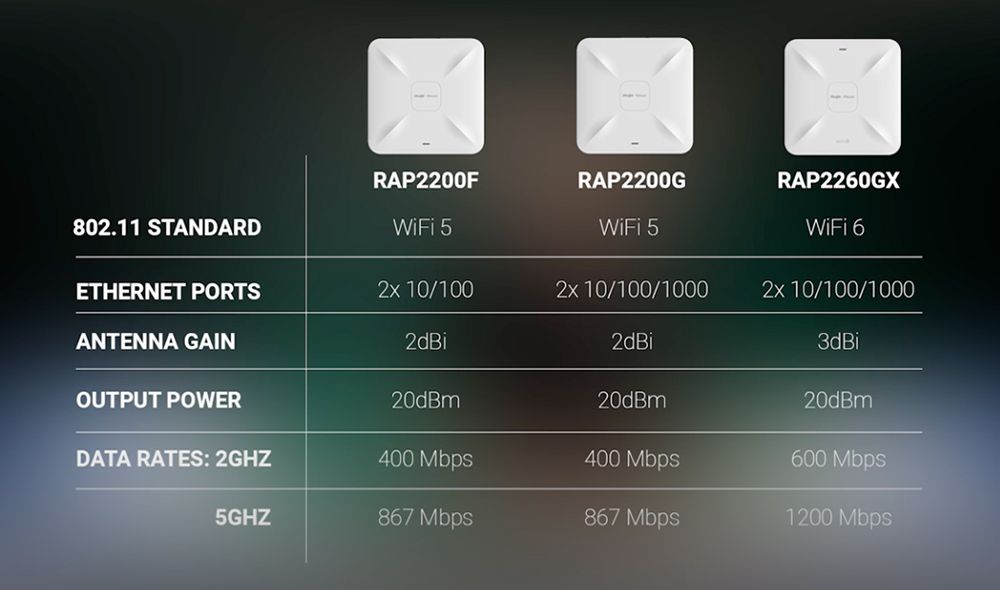 What about real-world performance?

Physical data rates cannot be interpreted as actual performance since these do not take any real-world overheads into account. We chose to compare the RG-RAP2200G and RG-RAP2260GX to find out what speeds are realistically possible.

We tested each of these with a WiFi 6 compatible Macbook Pro to a cabled Iperf server from various distances to the Access Points. This was done using the cleanest possible 80Mhz 5Ghz channel.

Our tests show that at close range there isn’t that much difference between the two. However, as the distances and obstructions increase, the WiFi 6 version most definitely outshines its counterpart. This is owing to a slightly better signal and the radio's ability to maintain higher data rates at longer distances.

Therefore, in open-plan environments, most users will find the WiFi 5 version to perform sufficiently. For areas with lots of obstructions such as walls or for higher density locations, the 2260GX is a better choice and certainly, for future-proofing your network. 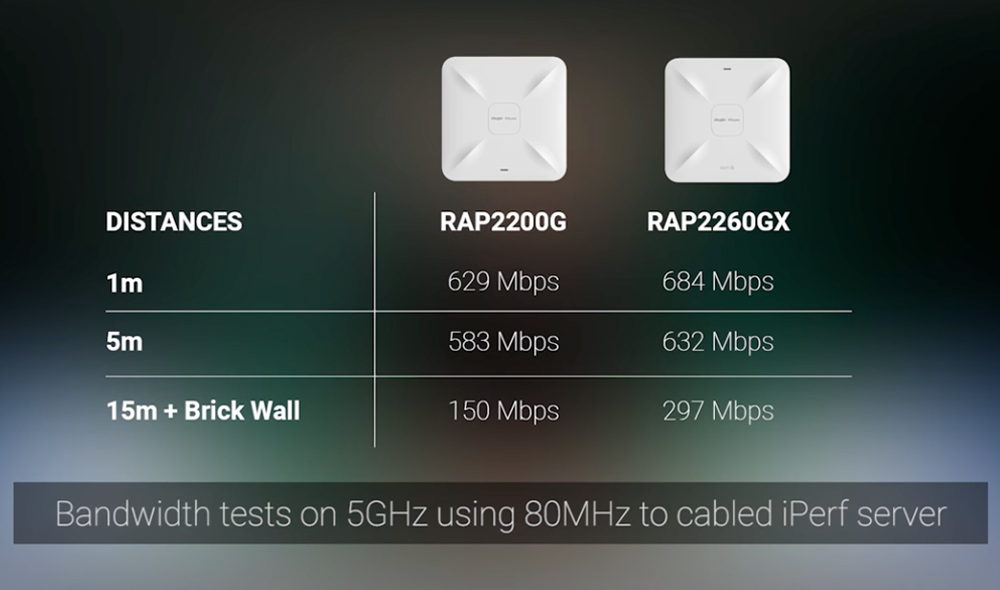 What about outdoor use?

If you are looking for an outdoor solution then check out the RG-EAP602 which offers dual-band AC WiFi with an IP68 rating and built-in surge protection. It features two gigabit Ethernet ports, 3dBi gain antennas and 2x2 Mu-MIMO support. A stand-out feature is the huge 27dBm output power available on 5GHz making it a decent long-range solution which can be installed in rugged environments.

Regardless of which AP, they all have a rich set of features and all support the following:

First and foremost, this cloud service is 100% free. This alone adds impressive value as it allows integrators to deploy, manage and support Reyee products remotely.

In the cloud app, users can create projects or networks and then start managing them immediately. Reyee items can be provisioned via direct WiFi, or by simply scanning the QR code located on the back of the device.

Besides just regular network configuration, the app offers several tools that may assist users in optimizing various aspects of the network. Speed tests and roaming performance-tuning are built-in to create the best possible customer experience. Projects can also be shared with other technicians to collaborate and full network topology reports can be generated directly via the app and shared with the customer.

Hotspots can be created with customizable captive portals for guest networks. These can have different methods of authentication such as single-click logins, vouchers, user-configured accounts or even Facebook log-ins. 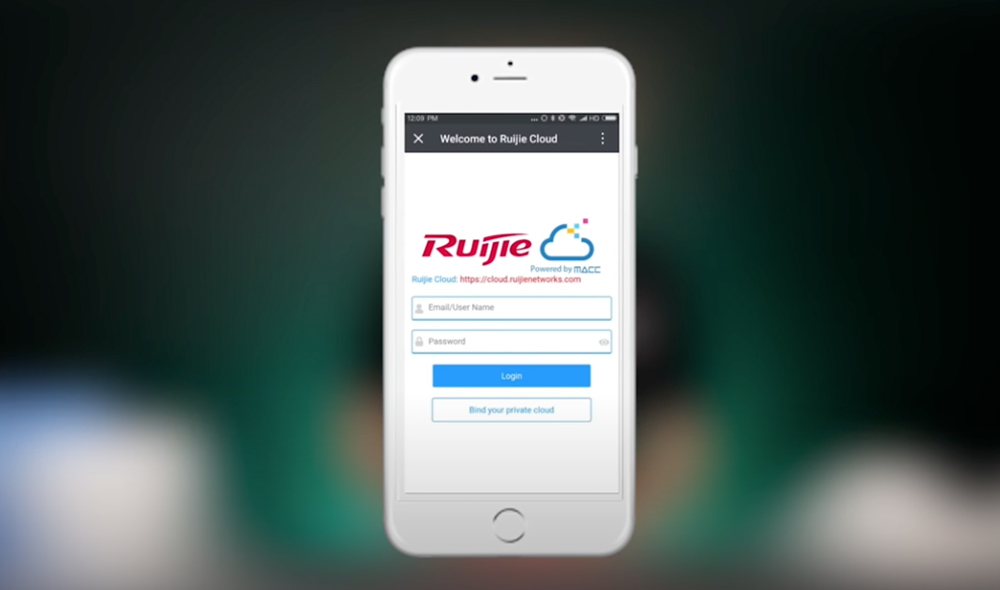 If the cloud is not for you, then it's possible to run your Reyee AP as a stand-alone or as the network controller with a limited number of devices and features set. There are also a few dedicated gateway devices available which can serve as hardware controllers for more scalable deployments. 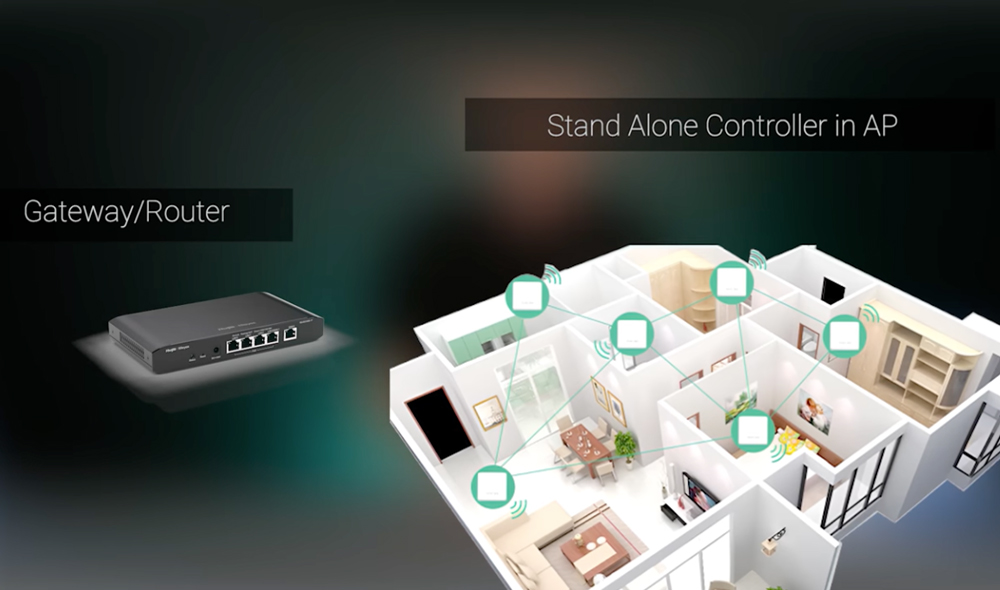 Another awesome feature, regardless of which controller type you use, is what Reyee refers to as a self-healing and self-organising network. This means that if your controller is disconnected, one of your devices belonging to that network will take control until reconnection is established. This greatly reduces network downtime.

Another huge advantage to this feature is that if an end-user resets a device, it will automatically provision its configuration if it can reach the network controller. This will save a lot of unnecessary support calls from customers.

In addition to all these features, Reyee’s range of products is available at an extremely cost-effective price point compared to similar solutions on the market. What's more, our tests so far indicate that there is no compromise on performance. With so much control and added value to their solutions, we can confidently recommend Reyee for most SME projects you may encounter in your future.

April 29, 2022
Did you like this post?
0
0
Search The Blog
Categories
Recent Posts
Copyright © 2022 Scoop Distribution (Pty) Ltd. All rights reserved.