With the 5GHz spectrum getting even more congested each passing day, the 60GHz options for high speed, short-range connections are becoming very popular in urban areas. This is where the GigaBeam works its magic.

Using 60GHz, the GigaBeam (17dBi) is rated to provide near Gbps speeds up to around 300m. Thereafter it becomes more difficult to predict exact performance due to the nature of the 60GHz band. There is also a backup 5GHz 802.11AC radio for redundancy if the 60GHz band is affected by the weather.

We decided to perform a PtP test in our parking area with the GigaBeam devices mounted at 85m apart. The setup of the unit was surprisingly straight-forward, with fewer wireless configuration options compared to the Ubiquiti airMAX products. The alignment was done very quickly by eye. The software also comes with an easy-to-understand alignment tool which will be useful over longer distances. The tool indicates how many degrees you would need to rotate or elevate each device in order to have them facing directly at each other on both frequencies. 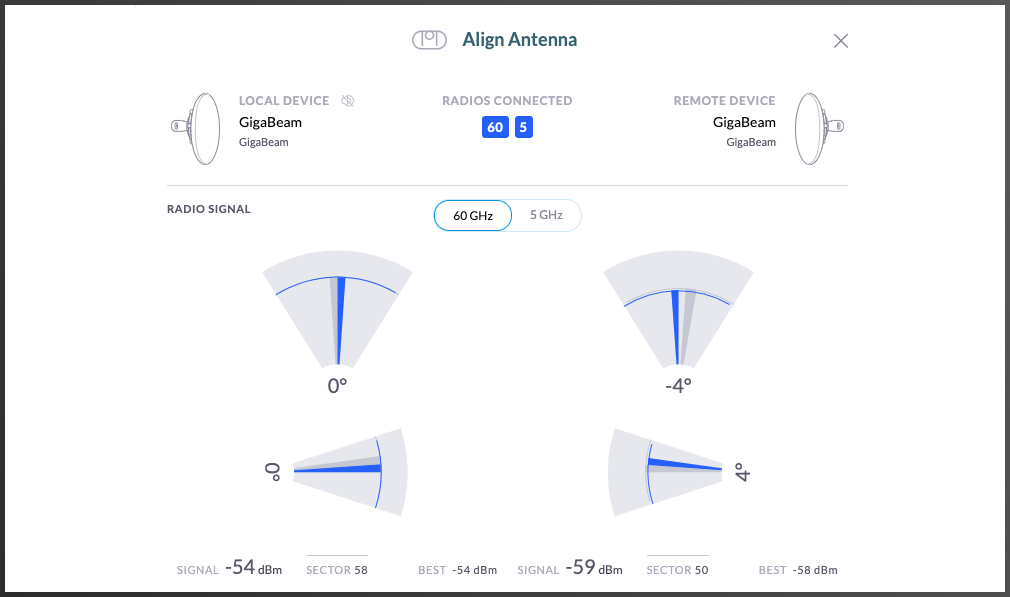 We mounted the devices at a height of 2m above the ground. The Fresnel Zone is significantly smaller on the 60GHz frequency, however, these devices found a clear-enough path without impacting the Fresnel Zone. We were able to achieve a high-quality link with very little effort over our short, 85m distance.

For our first benchmark test we used Ubiquiti's Speed Test provided in the software. This is not usually recommended for benchmarking as it makes use of the CPU which can obscure the results. We were pleasantly surprised when the test ran silky smooth and reported speeds very close to the theoretical capacity without overworking the CPU. 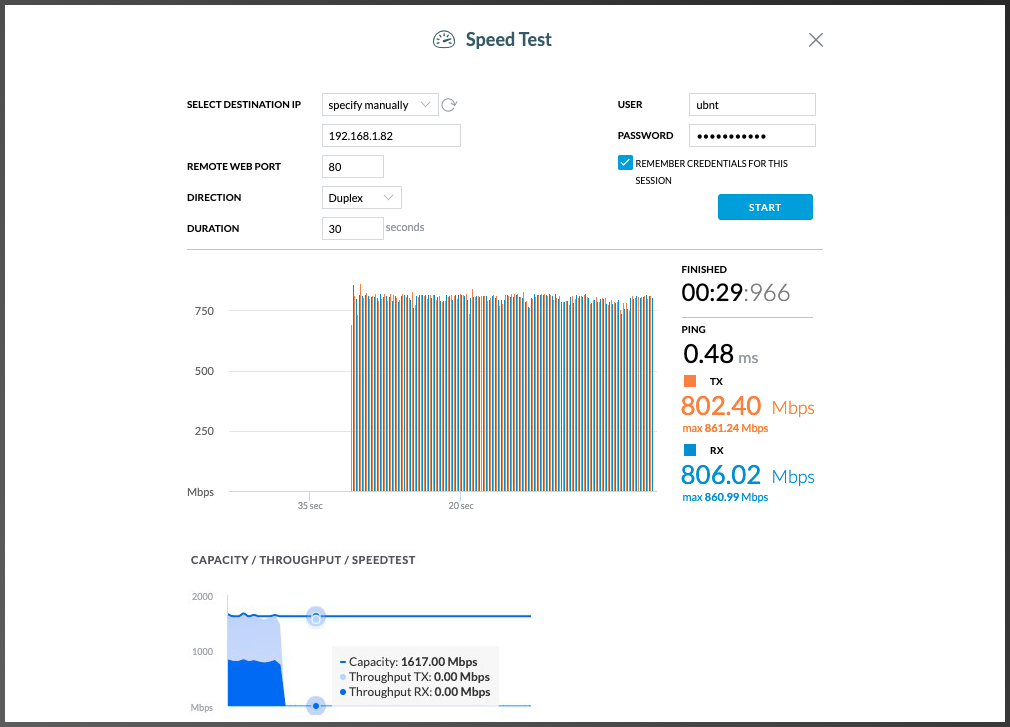 The second speed test we performed involved using two computers running iPerf. This is the recommended method for throughput testing. While doing this we also ran a ping test to see what latency we can expect while the device is running at max capacity.

The final result was that the unit was able to push through at near-gigabit speeds. This indicated that the internal speed test had shaved a little off the top as we expected due to the TCP/IP overhead. The latency was very good, staying at around 45-50ms while running at full capacity. It runs sub 1ms while idle. 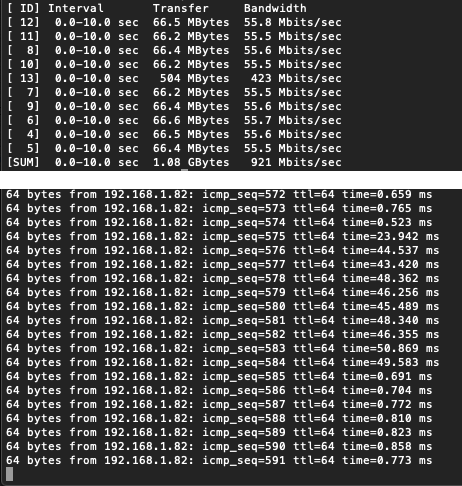 While testing the 60GHz link, we were interrupted by a courier truck parking directly in-between the two GigaBeams. This instantly killed the 60GHz link. What luck!

The 5GHz link still performed very well providing a throughput of about 220Mbps down and 210Mbps up, averaging at about 420-450Mbps aggregate. Pretty good when considering the large object completely blocking the line-of-sight.

We are very impressed with the performance with fantastic speeds across the link and would highly recommend this product for short distance backhaul. Ubiquiti also has a Building to Building Bridge (UBB) product, which is pre-configured and designed for simple plug-and-play installations, which also integrates directly with UniFi SDN. 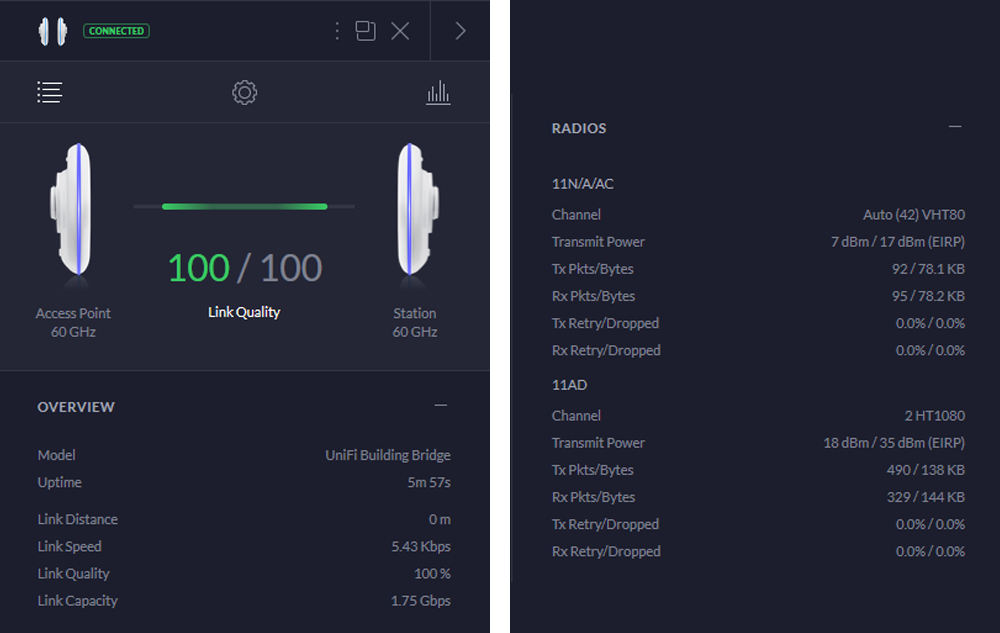 To further compliment the 60GHz range, there will be Long Range (LR) and airFiber versions, which will cater for links over much further distances. The entire range will feature 5GHz redundancy and UNMS support to further empower WISPs and integrators to make the most of unlicensed frequency spectrum.

Posted on 18/10/2018| Posted in Blog, MikroTik, By Manufacturer, By Topic, New Products and Technologies

Powered by Magento 2 Extensions by Mageplaza

Why You Should Consider UFiber for FTTH Deployments 07/06/2020