Internet of Things for Engineering 4.0 – The LoRaWAN Catalyst Powered by Scoop 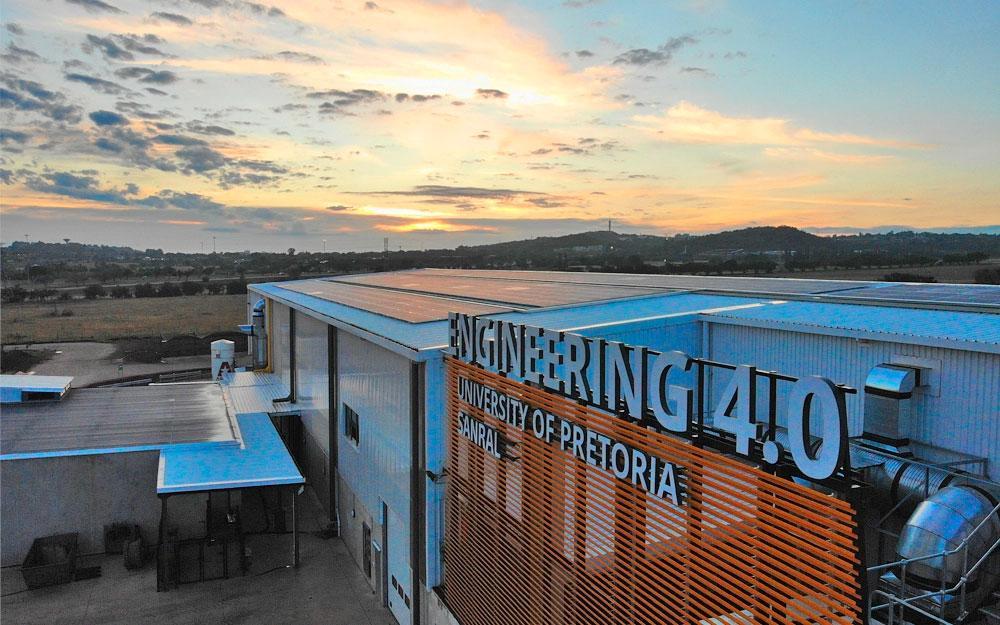 Posted in: By Manufacturer, MikroTik, By Topic, New Products and Technologies
This article has been adapted for use by Scoop Distribution (Pty) Ltd *

In a year characterised by unprecedented disruption for societies throughout the world, a similar transformation is taking place at the University of Pretoria. The launch of the new Engineering 4.0 facilities at the beginning of 2020 marks the start of “Sustainable, Optimised, Smart, Equitable transportation networks, supporting social & economic development in a disruptive & evolutionary society”. The state-of-the-art Engineering 4.0 facilities areas of research include the development of smart materials, wireless sensor networks for structural health monitoring (SHM), additive manufacturing, autonomous transportation technologies for road and rail applications and the fusion of electronic systems and artificial intelligence, underpinned by traditional civil engineering theory (Civiltronics).


Engineering 4.0 at the University of Pretoria

The rapid growth of low-power sensor platforms which enable long-range, wireless data transmission, in combination with distributed, community-driven infrastructure and connectivity (The Things Network) serve as the motivation for the Department of Civil Engineering’s multi-disciplinary research projects across South Africa. Both commercial and customised hardware platforms have recently been explored as potential solutions to extend the reach and application of sensor platforms beyond the confines of the new laboratories. One of the most promising technologies has proven to be the adoption of LoRaWAN to provide connectivity across the entire Hillcrest campus using a single router and antenna installation at the Engineering 4.0 building.

In support of the state-of-the-art research and development activities, Scoop has partnered with the Department to sponsor the hardware required to deploy LoRaWAN at the new facilities. The MikroTik wAP LoRa8 LoRaWAN kit serves as a small but powerful, out-of-the-box hardware solution to the existing network infrastructure. To increase signal range to cover the entire campus, the MikroTik LoRa 6.5dBi Antenna Kit replaces the existing, internal antenna for dramatically improved performance. 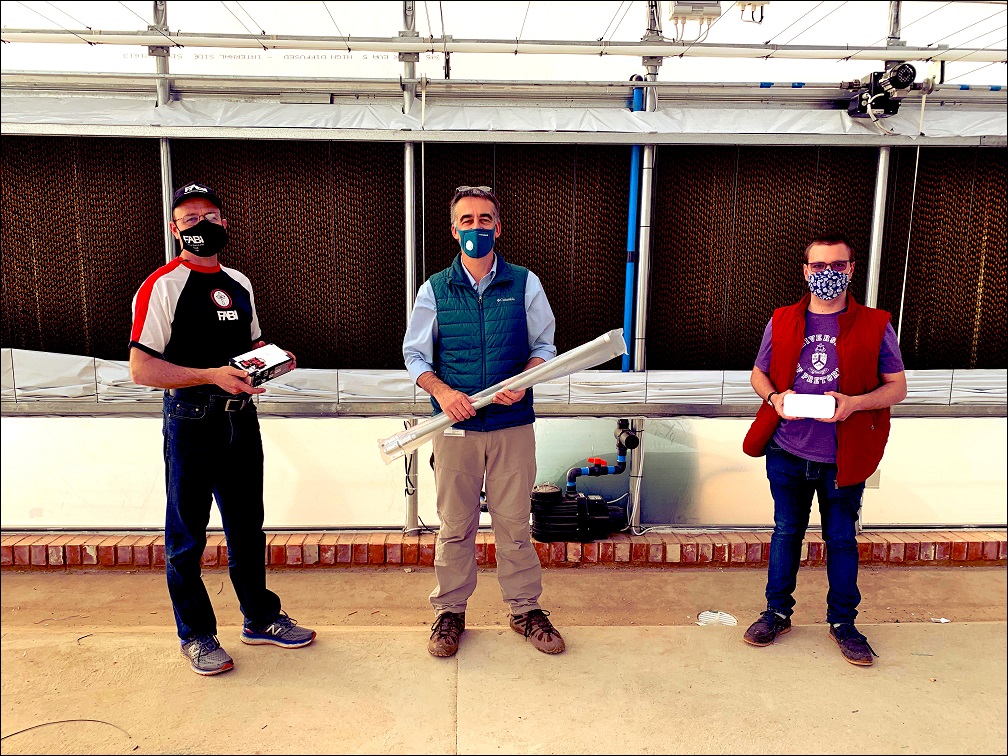 The hardware was installed adjacent to the HVAC (heating, ventilation and air conditioning) services of Engineering 4.0, in close proximity to the server room for network access. With PoE (Power over Ethernet) support, installation of the router proved effortless. The antenna is positioned above the roof, providing line-of-sight coverage for the surrounding area. The router together with the passive PoE splitter was installed in an IP67-rated enclosure for increased durability and UV protection beneath the antenna. The PoE injector, which combines the power and network communications into a single ethernet cable, was installed within the server cabinet. 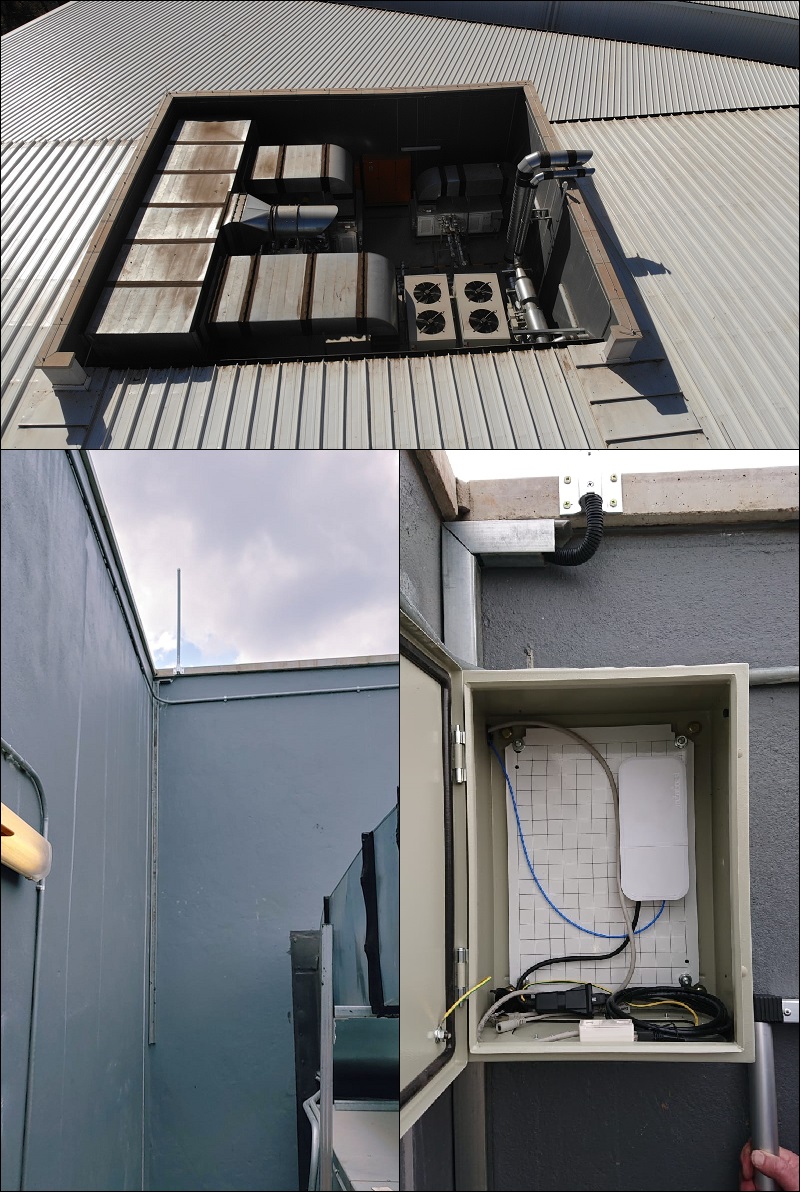 
Despite the above-average Spring temperatures in Pretoria, combined with high-intensity UV radiation, the performance of the hardware has been satisfactory and without any adverse performance due to thermal challenges. The Department’s DJI Mavic Enterprise UAV (piloted by a licensed operator) illustrates the benefit of positioning the installation on the North-facing wall for increased shade cover, reducing the maximum temperature (and associated variation). 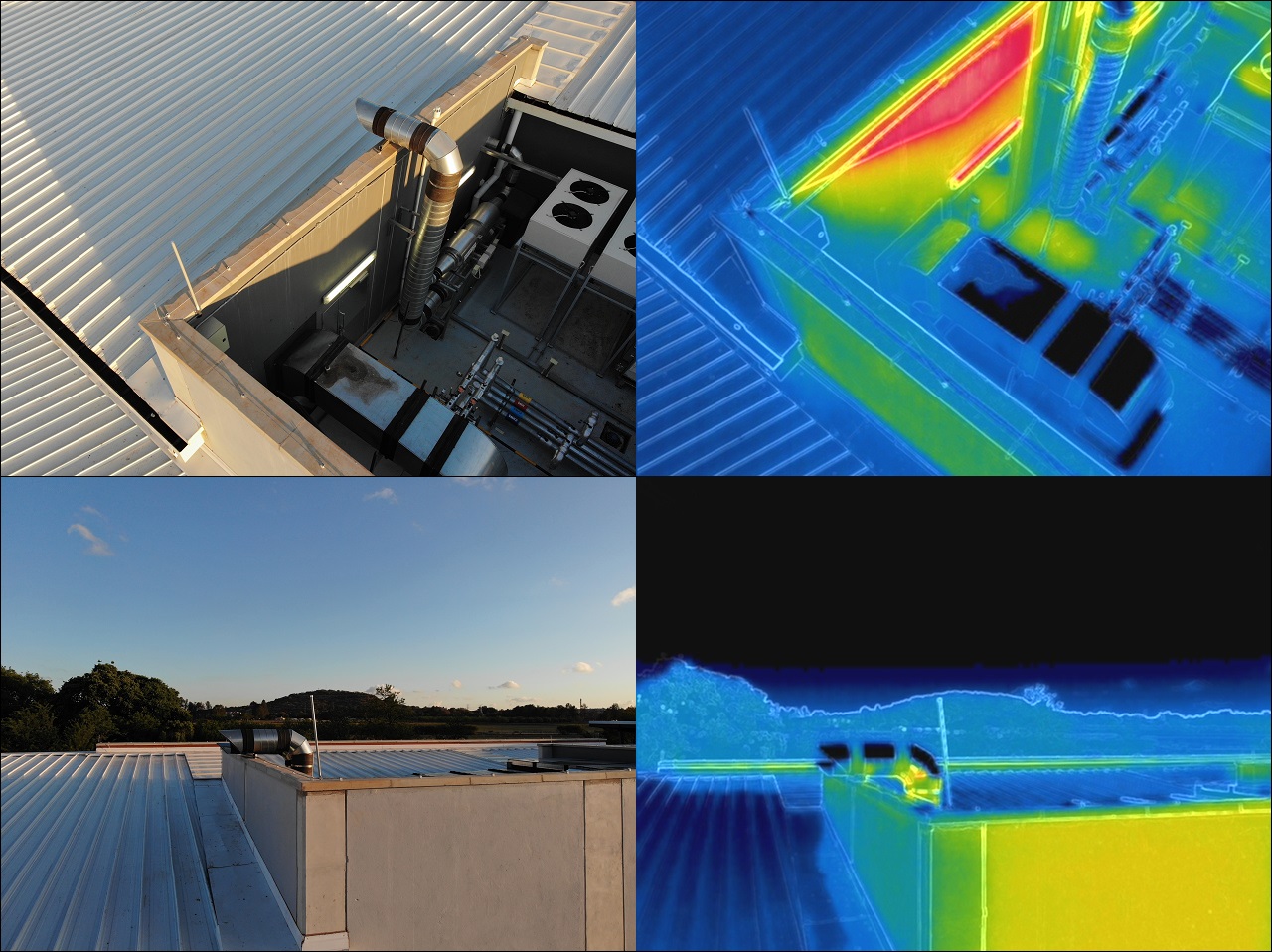 
The router is registered as a gateway on TTN with the operational status and statistics displayed on the console. 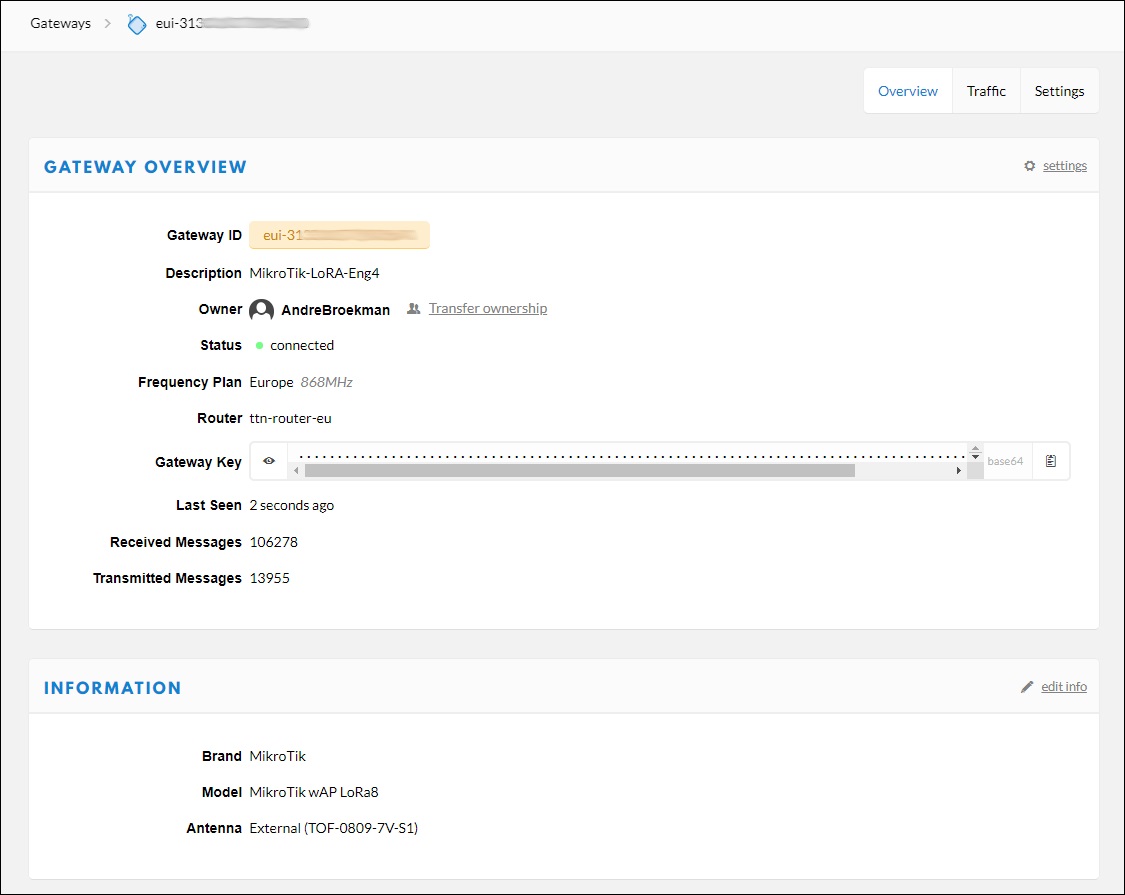 The Things Network Configuration of the Engineering 4.0 LoRaWAN Gateway


Real-time router traffic can be monitored using the console which assists with troubleshooting connectivity of devices during development. Several existing LoRaWAN sensors in the vicinity periodically transmit data, which is also logged by the monitor console. 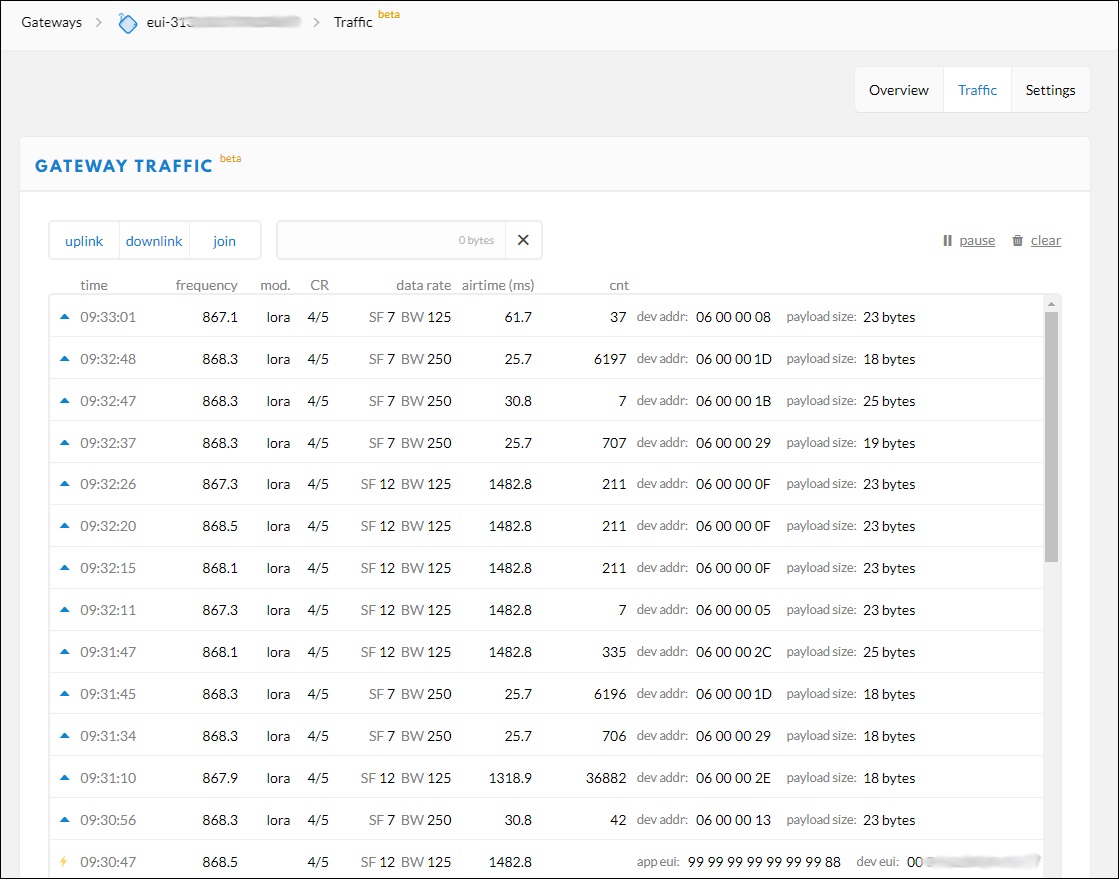 The Arduino family of microcontrollers provides the ideal ecosystem to develop customised sensor platforms within a short timeframe. The new generation of MKR1310 microcontrollers is equipped with a LoRaWAN radio module and u.FL connector to install an external 868MHz antenna. The microcontroller is compatible with existing sensor libraries and includes common hardware features, such as I2C support, and support for a single cell Lithium Ion battery for mobile applications. 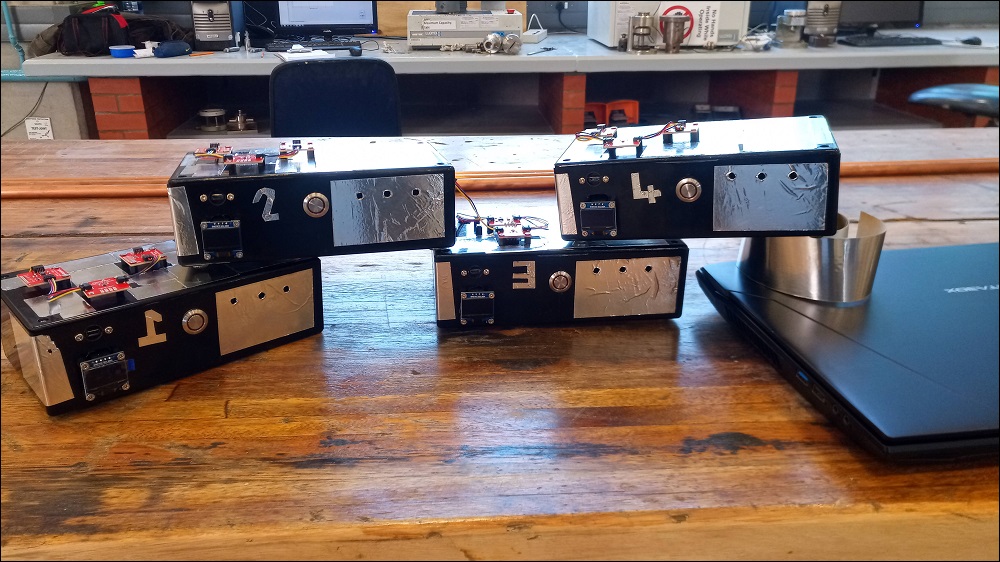 The Four SNOET Prototypes Developed within the Department of Civil Engineering

These existing microcontrollers were replaced with Arduino MKR1310s soon after the installation of the LoRaWAN infrastructure. The GPS sensor provided an easy means to evaluate the LoRaWAN coverage on the campus. Both TagoIO and Ubidots were evaluated as the primary backend to aggregate data from both the existing and future sensors. TagoIO was selected for these evaluations with the availability of real-time mapping functionality which enables real-time feedback on the geolocation – and coverage – of the sensors. One of the SNOET sensor platforms was driven around campus, with data transmissions occurring every 60 seconds. If coverage did indeed exist for a particular location, the corresponding geolocation would be transmitted successfully to the TagoIO backend. Based on these measurements, a comprehensive coverage map (for the Hillcrest campus) was established. With the Sanlam Cape Town Marathon which took place on the University of Pretoria’s Hillcrest campus on 18 October 2020, the Department engaged with the organisers (FACES) in a unique collaboration to provide real-time environmental, and tracking data of the race, with a selection of elite athletes. With the LoRaWAN providing campus-wide signal coverage, sensor measurements from SNOET were relayed in real-time to the TagoIO backend. The event was broadcast live on SABC2 (from 6:00 to 9:30). 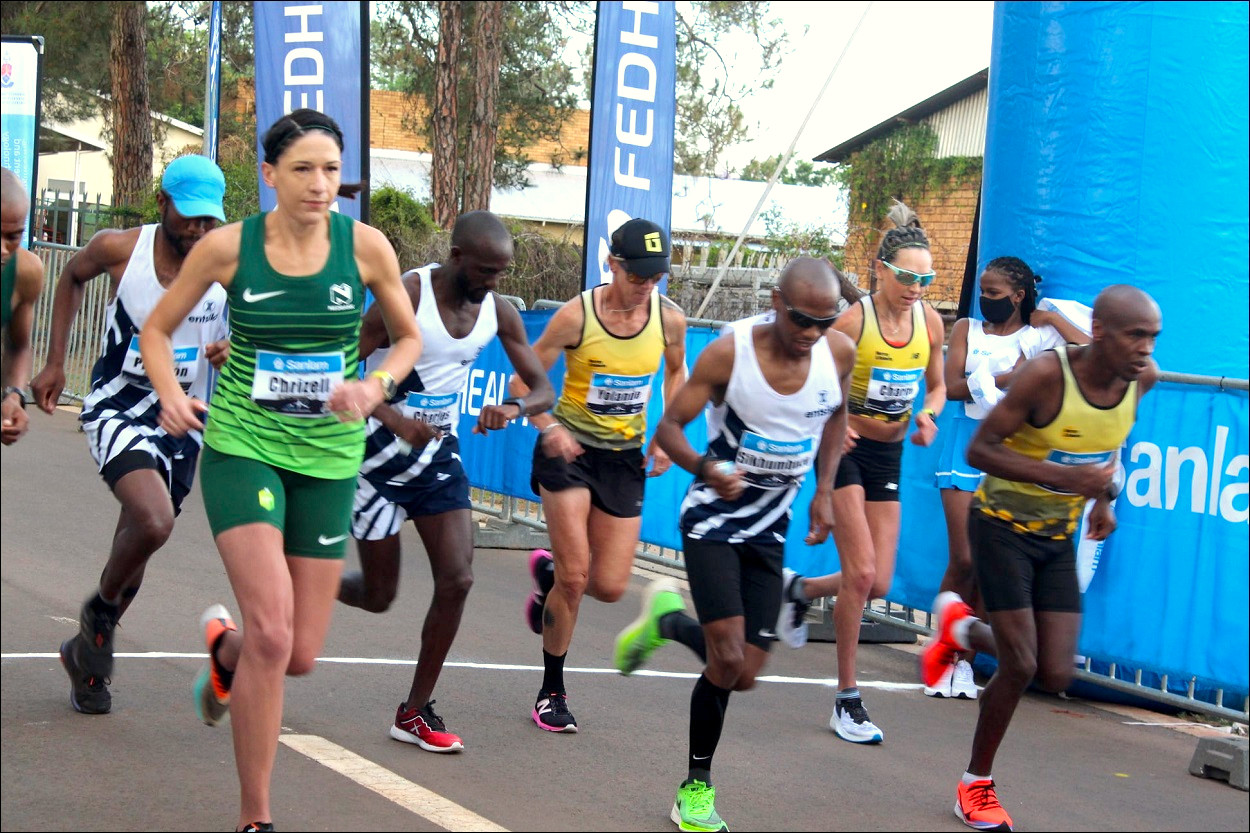 
The interactive dashboard was made available for anyone to view, including the undergraduate students with the objective of increasing their exposure to new technologies aligned with the 4th Industrial Revolution (4IR) core themes of Engineering 4.0. One SNOET was fixed to each of the two lead vehicles which primarily broadcast live camera footage via satellite uplink. A third was placed outside Engineering 4.0, next to the Pierre Van Ryneveld Memorial site (in the shade) as a control. SNOET used as a Control


With the race underway, the dashboard provided the management team with real-time geolocation data of each vehicle alongside the environmental data. The race coincided with the arrival of the first heatwave of the Summer season, with a rapid rise in early morning temperatures, which were recorded by the sensor platforms. Micro-climate effects are visible as cyclic temperature variations caused by large trees casting shadows over long sections of roadways (predominantly orientated along the cardinal directions). Air quality was consistent around the vicinity of the campus with no large-scale variation. Differences were observed for the total organic, volatile concentrations for each vehicle. It was noted that one vehicle used an inverter to power the electronic equipment in contrast with the other which used a separate generator onboard the vehicle. The peak variable throughout on the backend was 8,342 variables per house (27 per minute). A standard account was required to accommodate the number of variables with the free tier of TagoIO limited to 7,000 variables per hour.


Dashboard Statistics just prior to the Completed Race


The metadata of every transmission illustrates a clear correspondence between the distance from the gateway and the RSSI (Received Signal Strength Indicator).

Reception of the dashboard and information was very positive both during and after the race, notably from those watching from home who could not attend in person due to current restrictions imposed by the ongoing pandemic. This example serves as just a single example of the utility provided by low-cost, distributed IoT solutions. Work is currently ongoing to include a real-time, online traffic counter of the adjacent N4 highway as a demonstrative edge intelligence solution, with only traffic count information transmitted using LoRaWAN. A new generation of intelligent transportation sensor platforms is also in development which can be installed inside the road structure whilst retaining the ability to communicate wirelessly with a gateway in close proximity. The accelerated pavement test track (APT) at Engineering 4.0 will assist in these state-of-the-art research endeavours.

The Department of Civil Engineering wishes to extend their gratitude toward Scoop for sponsoring the LoRaWAN hardware to realise the start of our #4IR research endeavours.


November 9, 2020
Did you like this post?
0
0
Search The Blog
Categories
Recent Posts
Copyright © 2022 Scoop Distribution (Pty) Ltd. All rights reserved.